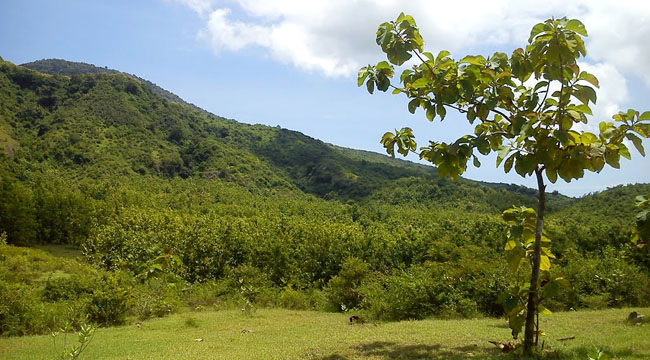 Those who live in East Java Province of Indonesia indeed have ever heard about Bromo Tengger Semeru National Park Indonesia. It is one of the best tourist spots in the region, after all. Not to mention it is the home of lots of tourist attractions including Watangan Mountain. The location is in Lojejer Village and it belongs to Wuluhan Sub-District. Unlike Bromo Mountain, tourists won’t find the sea of sand there. On the other hand, they might find different types of flora including Sempur, Bendo, Kepuh, Kesambi, and others. Not to mention many species of animals living in that area including gray monkeys, local birds, and others.

The Nuance
The best thing about Watangan Mountain is definitely the variety of wild creatures and plants which tourists can meet. When it comes to the landscape, the mountain features grasses, trees, and bushes. No wonder, the nuance is quite comfortable especially for those who love trekking and an adventure. Here is the thing. The mountain has a special feature which is called Kucur Natural Fountain. In the past, the fountain had been used by the Japanese to take a bath (having the size of 20 x 8 x 2 meters. On top of that, the mountain offers fresh and soothing air.

Exploring Watangan Mountain
One of the best reasons in visiting Wetangan Mountain is indeed to enjoy trekking. Those who hike in Wetangan want to get a different experience as compared to Bromo Mountain (which is known for its sea of sand). They want to see the animals and plants, which they consider are more interesting than just a plain sand landscape. This way, they are able to carry vital equipment which is a camera and capture some pictures all the way to the top of Wetangan Mountain.

The next common reason to visit Wetangan Mountain is the presence of local agate mining. Well, it is an illegal mining, which both locals and tourists can exploit. Recently, though, the local government has released a prohibition regarding such mining activity. The purpose is to avoid the damage of nature and retain the value of the agate stone. No wonder, some patrolmen are seen at the location some time. Have no worries. It is possible to take some agate as long as tourists pay the fee or have obtained the permission from the local government.

Today, Watangan Mountain becomes a new tourism potential in Bromo Tengger Semeru National Park Indonesia. As mentioned earlier, many types of flora and fauna living in that area. Not only is because of that reason, but the mountain has a great tropical forest ecosystem and other potentials like agate stone.

How to Get There
From Jember City, tourists can take Nasional III and Lumajang – Jember Street. Their destination is definitely Wuluhan Sub-District. The distance is 30 km and it takes about 1 hour to reach the site. Once they arrive at Wuluhan, their next destination is Lojejer Village. The last thing to do is trekking and head up to the peak of the mountain.