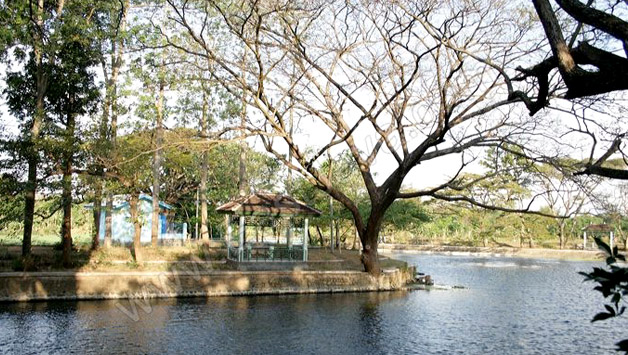 A peaceful lake resides in Probolinggo, which is called Ronggojalu. According to the locals, it has been included in the list of tourist spots of Bromo Tengger Semeru National Park. Knowing the fact, tourists are interested in visiting the lake and exploring it with their families. The location is within Tegalsiwalan Village, actually. Not only it becomes a natural vacation destination, the lake has provided the locals with an abundant source of water they can use both for irrigation and supply. Even the popularity is getting better over time. Thanks to the word of mouth marketing.

The Nuance
As mentioned earlier, Ronggojalu Lake offers a serene nuance. The lake surface is calm and looks astonishing, as well. Not to mention several big and shady trees grow in that area, adding more comfortable atmosphere to the site. On top of that, the air feels so refreshing, especially in the morning. Some facilities are available, too. These include toilets, chairs, and gazebos. Some food vendors are seen sometimes, exclusively on the weekends. With all those features, everyone would spend much time and enjoy the vacation passionately!

Exploring Ronggojalu Lake
The best time to visit Ronggojalu Lake is either on holidays or weekends. Some tourists are seen on the site coming with their families or friends at those times. Thus, the atmosphere becomes merrier and more meaningful. On the other hand, tourists can come during working days when not many visitors are seen in the location. It is suitable for those who are looking for a more peaceful nuance. These people are those who want to relax and eradicate stresses they got from daily routines, actually.

The water capacity of the lake is about 3000 liters and it comes from a natural fountain. No wonder, the locals use the lake to supply their water necessity as well. The local government even takes advantage of the lake to provide tourism income by promoting it to travelers. As for farmers, they use the lake to irrigate the farms. What about tourists? Well, they definitely can enjoy its stunning panorama while spending a good time with families. Not to mention they can simply relax at the gazebos while eating Probolinggo’s local snacks!

Another charm of Ronggojalu Lake is the history. It is said the lake was formed due to the clash of Ki Ronggo and Ki Jalu. They fought for domination over the region. One of them put a stick on the ground and the other pulled it out. Magically, the hole emits abundant water and became a lake! Due to such phenomenon, the locals named it based on the name of those characters. It is only a myth, being passing down for generations, though.

How to Get There
Those who come from Probolinggo City can simply head to Tegalsiwalan Village. The trip only takes about 30 minutes – 1 hour and the distance is 16.3 km. Travelers can use Raya Leces Street to reach the destination. As for the transportation, they can use either a private or public vehicle.